A while ago, I received a “Stylish Blogger Award” from Every day I see a cow. I rejoiced. A lot. Then procrastinated. A lot. Because receiving the award dictates I should tell my readers 10 things they don’t know about me. And then to pass on the award to some other bloggers. 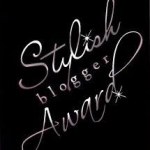 I reread through, what I had written and then I discovered that I’m a proper chatterbox.

So I hummed and hawed in significant quantities. More than necessary, to be honest.

And I came up with this:

1. I am honest. As in, I can’t lie very well, and I have one of those faces that just ‘gives me away’, besides, when I did get away with a lie, I felt so guilty, it led to the realisation that it just wasn’t worth it.

2. I am the most clumsy person on the earth. If you know me personally, you will actually know that. But have I told you that I fell during every single one of my four pregnancies?

It all started with Joni. I fell while running after a bus.

Then during Lori’s pregnancy, I tripped over, walking up a small hill (going on a picnic) and tore a ligament in my foot thus requiring crutches (not to be recommended, a clumsy woman, swinging around on crutches from the sixth month of pregnancy, the weight distribution is all wrong).

While pregnant with Aden, I can hardly bear to admit this, I fell over the safety gate (no, it wasn’t at the top of the stairs – luckily). But during the fall, I also managed to embed the kitchen door handle in my knee. Despite never having done gymnastics, I do have an uncanny knack of getting myself into weird positions.

Lastly with Akasha, I fell down the stairs and broke my tailbone, then had to stay seated/lay down for the following three months because, having been shuggled around she thought she would pop out too early. Not to be advised, sitting around for three months on a broken tailbone.

My clumsiness has also led me to:

I am scarred and battered and bruised at all times.

3. I am very lucky. Not in the way that I win the lottery or other valuable prizes. No. But you’ll know exactly what I mean when I say, as the dinner guests arrived, I dropped my only six plates on the floor but not one of them broke (to everyone’s astonishment). That kind of lucky. My mother used to say that I’d fall in a pile of shit and still come out smelling of roses. But I prefer the plate analogy.

4. I once arranged a kissogram to come to school and ‘surprise’ a friend for her birthday. I think it was her 17th. I had to get permission from the headmaster before it could go ahead, (no idea how I swung that one, only guess is no. 3) and raise the cash, which I did by encouraging other friends to dig deep. The result was that everyone in the whole school knew, except my friend. She had absolutely no idea. Even though kids abandoned classrooms before the frog prince arrived, and the teachers lost control of the school. Again, I think that this was down to luck on my part and not my abilities in deception.

5. I am untidy. I mean I walk past the coat hook and my jacket sort of, naturally lands on the chair. I place my keys on the first surface they come across, then promptly forget where. And it drives my very tidy husband mad. But I do keep trying to avoid my natural instinct in an effort to be more organised and to keep my marriage on track. (My marriage seems to be on track, but my husband may argue, that I don’t fight my instincts quite enough).

I do a few other obsessive things too, like always use the same toilet if I need to ‘go’ more than once in a restaurant. And in the toilet, I will correct the toilet roll so it faces the right way.I straighten pictures, even in the homes of others, which doesn’t fit well with number 1 as I have been known to knock pictures down from the wall. I lock the car two or three times. I think this is because I’m actually afraid I forgot to lock the car. And I feel the need to always recheck I have my keys. I even feel the compulsion to make my friends check that they have their keys when we leave their home, which makes them look at me oddly and makes me apologise a lot.

7. I have a lot of friends. I’m not sure how this happened considering number 6, but I do. My mother used to tell me that if a person had one or two good friends in life, then they would be very lucky. I’ve already told you that I’m a very lucky person. I have extremely deep feelings for my friends and often find myself feeling emotional because of their many kind acts.

8. I am jealous. Not of what other people have. But if someone approaches my man, my claws come out. I’ve mentioned on this blog before that I’m terribly forgetful. Let me tell you, that being forgetful and jealous, is not a good combination.

For example: A few weeks ago I found a girl’s name and telephone number on the to do list on my husbands mobile phone. My heart started to race and my palms turned sweaty as I tried to nonchalantly ask, “Who’s that?” I couldn’t remember the damn name of his secretary, so when he turned the question back on me, I suggested “Your secretary?” Now, considering he’s had the same secretary for the seven years we’ve been here, that didn’t go down too well. Especially tied together with the realised accusation in the first place. He told me to guess again. After some amount of time he told me it’s that babysitter that he saw advertised and may be suitable for us (older, qualified and will take on four kids (most won’t)). Then I started to feel much worse as he pointed out that we’ve actually been through this whole jealous outburst, over exactly the same name on the same to-do list before. Ouch.

9. I was a vegetarian for 16 years. Now I’m a ‘meater’. I eat meat meat meat all of the time and my husband finds this hysterical. He watches me tucking into a steak and shakes his head, and laughs and says, “You vegetarian!” He would love to take the credit for ‘turning me’ (we’d met just a few months before the big change) but he can’t. Credit goes to boredom and a fish supper. Followed closely by a bacon sandwich.

10. I’m a comedy freak. I love comedy in every form, be it film, sitcom, stand up or books. I love to laugh. As a child I became convinced that my life could be rewritten as a Carry On film. Not the rude bits. I didn’t get them. But the constant falling over, bumping into things, knocking things down and general embarrassing moments. Everything filmed in the form of Some Mothers Do ‘Ave ‘Em and in the background that Barbara Windsor laugh.

I feel a bit better about the awarding part. Because this very morning I received a Versatile Blogger award from Patti meaning I can separate my awards out into two different categories.

Northern Mummy with Southern Children: a mummy blogger with a great sense of humour and a fantastic tale-telling ability.

4 kids, 20 suitcases and a beagle: an Australian mummy blogger writing entertaining and thought-provoking articles, from her present home in the Middle East.

Words and Pictures: a Scottish writer, full of heart. She’ll move you, make you laugh and entertain you with lovely little snippets of conversation with her mum who is suffering from dementia. She’ll also recommend you a good book or two.

No stranger to awards: Read Between The Minds is the place to visit if you want to read some thought-provoking poetry.

M a K A Personal Diary This blog is an incredible and inspiring story of an 18-year-old young man from Luxembourg, and his travels. First to Spain and then on to El Salvador teaching children from impoverished backgrounds English and IT. It’s a must read, from start to finish! 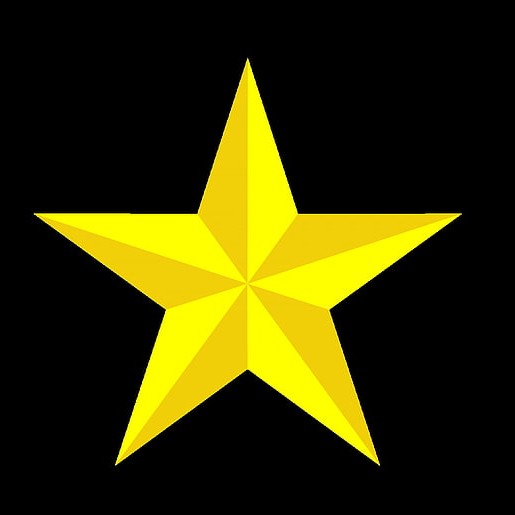 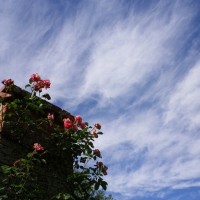 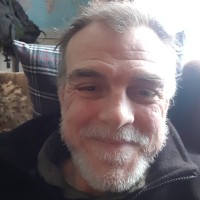 © Sarah May and Sarsm, 2010-2021. Unauthorized use and/or duplication of this material without express and written permission from this blog’s author and/or owner is strictly prohibited. Excerpts and links may be used, provided that full and clear credit is given to Sarah May and Sarsm with appropriate and specific direction to the original content.

Voices from an Easel

Tales from the mouth of a wolf

The girl who aspires to weave her palm creases herself!❤

All I need is a cup of coffee and a quiet morning.

Opinion, insights, thrift, creativity, humor, health, style (or basically all the stuff that interests me😊)

Philosophy is all about being curious, asking basic questions. And it can be fun!

Look closely around and about you, and you will see all forms of beauty.

Read on, it's good for the brain.

Helga without the H